Olympic Stars Announced To Compete At World Cup Of Gymnastics

WHITLOCK TO PERFORM AT iPRO SPORT WORLD CUP OF GYMNASTICS

Matchroom Sport, in partnership with British Gymnastics, bring the iPro Sport World Cup of Gymnastics to The O2, London on April 8, 2017. As host, Great Britain get an additional spot in the event.

Set to feature Team GB stars such as Olympic bronze medallists Amy Tinkler and Sam Oldham, the iPro World Cup of Gymnastics sees the world’s best gymnasts compete in the ‘all-around’ format with six apparatus for the men’s competition and four for the women’s.

Back on home soil after an outstanding performance at the Rio Olympics, some of Team GB’s gymnastics superstars are expected to spearhead an international field of the world’s best in this major global event in front of a packed out crowd in London.

The event will take place at The O2 on Saturday, April 8, 2017, with the women’s competition to feature in the afternoon and the men’s in the evening session.

The World Cup of Gymnastics will feature nine male and nine female gymnasts representing eight different countries. Nations will nominate their representatives in the spring.

For the men, competition takes place in six disciplines: 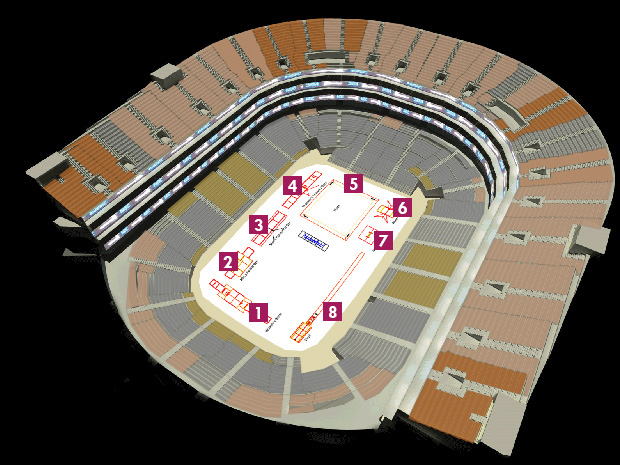 Tickets will go on general sale at midday on Friday, September 30. Prices start from £30 per session, with family tickets for the whole day available from £99. Platinum VIP packages are available from £200 per person per session.

Prices start from £30 per session, with family tickets for the whole day available from £99

Prices start from £30 per session, with family tickets for the whole day available from £99 (limited availability on women's event and all-day tickets) Matchroom Sport are delighted announce that Clinique, one of the world’s leading premium cosmetic brands, have joined the forthcoming World […]